We founded Epic Life in 2014 following an amazing snowboarding trip to Chile the previous year. After spending significant time in the North American Rockies and the South American Andes we decided to bring some of our closest friends to the powder fields of Hokkaido, Japan. What began as a modest ski/snowboard tour for a couple of dozen people quickly morphed into nearly 100 intrepid adventurers joining our first trip to Niseko United in 2014. It was Epic from the beginning and has grown exponentially ever since.

Through social media and word of mouth we have taken hundreds of Epic Lifers to Japan to experience its unparalleled powder and refined Japanese hospitality. Although our roots are in the mountains, our spirits are driven by a profound sense of adventure and global exploration in community. We not only travel together but we live to party even harder. There is nothing like an Epic Life Happy Hour or a late night gathering during our fun-filled trips.

At Epic Life we live to serve. We find our greatest joy in insuring that all of our members needs are met with care and attention to the smallest detail. We are an adventure lifestyle company that provides unique travel and wellness experiences for discerning thrill seekers around the world. We are about getting outdoors and communing with nature and people in ways that veer off the beaten path and offer new opportunities for discovery beyond the ordinary. 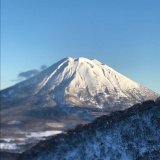 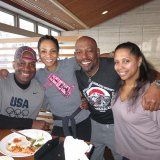 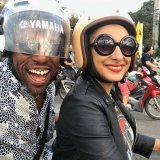 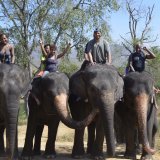 Fanon Che Wilkins hails from Los Angeles, California but is truly a citizen of the world. Wilkins has lived extensively in Africa and Asia and has traveled to every continent on the planet, save Antarctica.

A graduate of Morehouse College, Wilkins holds a Masters Degree and a Ph.D. in history from Syracuse University and  New York University respectively. He is Associate Professor of History and African American Studies in the Graduate School of Global Studies at Doshisha University in Kyoto, Japan.

Wilkins lives for the outdoors and has spent the last 15 years snowboarding the mountain ranges of the Canadian Rockies, the Japanese Alps, the Chilean Andes and the Indian Himalayas among others. In addition to having a deep and profound love for the outside world, Wilkins has made the practice of yoga, meditation, long distance running, adventure cycling and plant-based eating part of his regular wellness regiment.

Wilkins is a father of two adult children and is always down for a good house party.  Never to be out done, Wilkins moonlights as a bedroom DJ and lives for a robust Hiphop debate about his top five emcees. Although he finds popular movies entertaining, he’d much rather watch a TED TALK or an NBA game and debate the meaning of life or why the Lakers are the greatest team of all time. 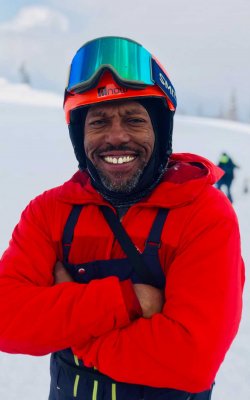 Leon Henderson was born in the Motor City of Detroit, Michigan but raised in Akron, Ohio—the “Land of Funk.”  An athlete from the time he could walk, Henderson fell in love with football. He graduated high school at 17 and joined the Army where order, discipline and attention to detail helped him come into his own as an adult in search of purpose and direction.  Although his athletic prowess helped him land a spot on the Army Boxing Team, it was in the accounting department that he found his professional calling. After four years in the military he went on to attain a BS in Engineering at the University of Akron.

Civic minded and deeply committed to the city of Akron, Henderson joined the Fire Department as a paramedic and later went on to become an Officer in the Department of Public Safety. After two decades of service Henderson was promoted to Chief Officer for Safety Communications and has received numerous awards for his public service and commitment to the city.

With an unquenchable thirst for travel and a deep and abiding need for adventure Leon has raced motorcycles, obtained his Rescue Safety Diver certification, ran 7 marathons and snowboarded across the United States, the South American Andes, the Japanese Alps and the Canadian Rockies.  As a wholistic health practitioner he has completed month-long retreats in the Brazilian Amazon Rainforest and traveled extensively in South America and the Caribbean. 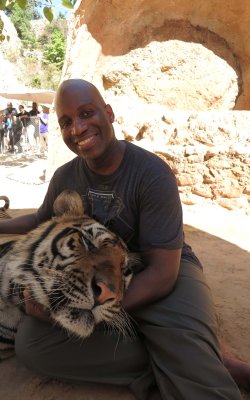 “JANGO is an international, privately held company that specializes in the start-up, promotion and operation of multiple online marketplaces”
John Snow, CEO, Mockingbird